The distinctive feature of the Scandinavian Lur is undoubtedly it’s dimpled head. This is the bit that makes it recognisable as a symbol of ancient Denmark, and likens its appearance to something in the B&Q bathroom catalogue (where is the temperature control on this thing?).

I learned recently that these instruments are also known as a ‘gjallarhorn’, or are at least something very similar. That name comes from ancient Norse mythology. A brass band in Stavanger is named after them, and presumably the connection with the Revheim Lurs that were discovered there. If you can read Norwegian, this short article is quite interesting:

Initially, I had thought about designing my own vacuum forming mould to produce the required design. Here was an initial sketch:

There were a few problems here. The biggest one was not knowing where to get this vacuum formed on such a small scale (a production run of 2!). I didn’t really have the facility to build an effective mould either.

Upon travelling back to the craft shop I happened across some disc-shaped artist’s paint palettes, which looked as if they might be about the right shape and size and had the right appearance too. Upon getting them back home it turned out they’d be perfect fit, and I couldn’t believe my luck. A coping saw was bought to cut a hole into the centre and my plans were immediately revised!

I decided to give these instruments a bit more of a bell flare than the originals. This is for two reasons; to improve projection to match the modern instruments they’ll be playing with, and also to improve stability of intonation (by some physics I don’t really understand but know it works!). To make the conical section, a piece of plastic sheet was cut into a fan shape and curled around a cone under heat, then taped and glued together. Here is that process in production:

Note that the choice of beverage is also an important aspect of this production line. In this case, it is a specially selected Stavanger-brewed ale from the Lervig brewery called ‘Lucky Jack’, their version of an American IPA. This attention to detail will be crucial in achieving a truly Scandinavian flavour in the eventual output of the instrument (if only through the alcohol fumes being breathed into it).

Anyway, that’s the beer talking again. Back to the project…

Attaching the cone to the palette has been a challenge I have not yet overcome with anything better than a bit more duct tape. It seems the poly-cement I was using won’t bond to the injection moulded plastic, whatever type that might be. However, the white tape remains fairly invisible from more than around 5 meters back and it is doing the job for now. Though it is not the level of craftsmanship that I saw on the bronze age Lurs in Norway, they will still be effective as a piece of theatre. Besides, nearly every stage production I’ve been involved with at every level has been held together with magic sticky tape in a variety of colours.

So around 6 months of trial, tribulation and pondering; I have a pair of Lurs ready for action!

For a group focused on Nordic/Celtic/Anglo crossover, it is an exciting and almost necessary addition to have. The piece I have written is called ‘Jorvikekkoer’ and will feature these instruments as a reference to Viking-occupied Yorkshire. The blasts of Lurs approaching from the distance will attempt to evoke the sound of Viking boats approaching the shore to invade. Meanwhile, there are melodies themed on Norwegian folk music playing from the rest of the ensemble. There are also subtle references to Mahler’s ‘Great summons’ from his 2nd Symphony. This is a subtle hint at a deeper personal meaning, the relevance of which may be lived out over the coming year. For that news, watch this space! Until then, I hope you can make it to Ryedale on the 24th July: 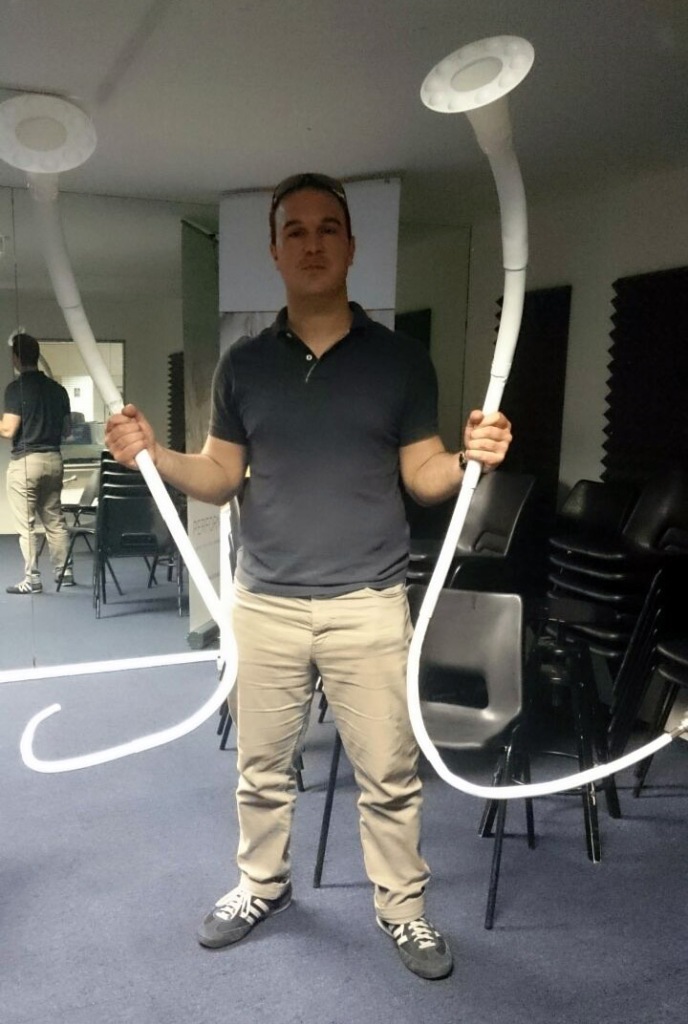